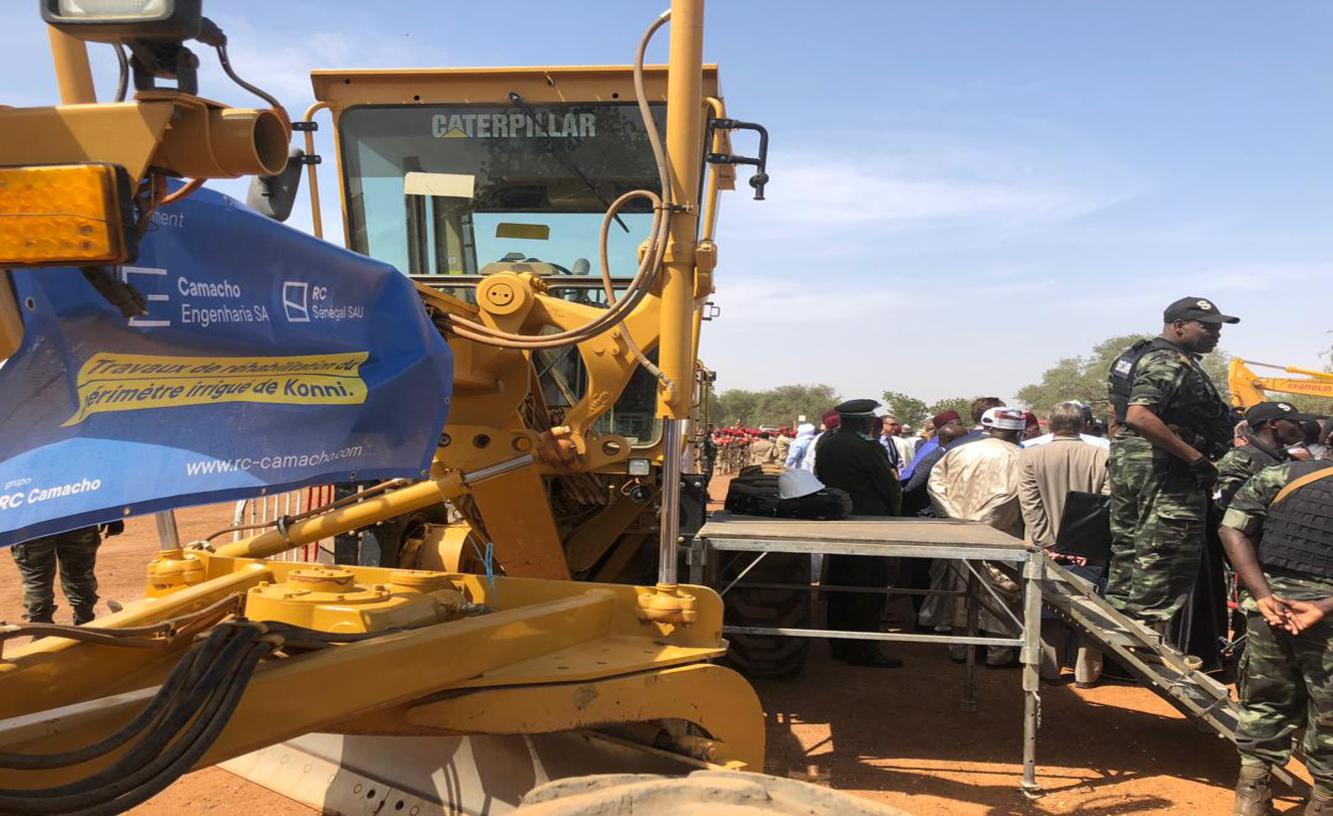 November 4 was marked by the official launch of the works on the rehabilitation project of the Birni-N’Konni Irrigated Perimeter in Niger. Another important step for Camacho Engenharia SA, which sees its strategy becoming consolidated in the West African Economic and Monetary Union (UEMOA) region.

The ceremony was attended by the President of the Republic, Head of State, H.E. Issoufou Mahamadou; with the CEO of the MCC (Millennium Challenge Corporation) Sean Caircross; US Ambassador to Niger, Eric Whitaker; Nigerian Minister of Agriculture, Albadé Abouda, and MCA Niger Director General, Mamane Badamassi Annou. Representing the Camacho Engenharia SA and RC Senegal SAU Consortium were the Director General, Luís Pereira, the Financial Director, Pedro Fernandes, and the Project Director, Carlos Neves, among other elements of the Portuguese delegation, Joel Fonte, Leonel Lopes, Domingos Ferreira, Diallo, Ouma, Dembele, Maktar, and Moctar; among others from the region.

The Konni irrigated area covers a gross area of 3,000 ha, of which 2,452 ha are irrigated and operated by 4,843 producers, aiming to revive agricultural production in Niger. This project marks the beginning of a new delegation for Camacho Engenharia in Africa in a project worth approximately 27M € and with an expected duration of 24 months. With US funding from the Millennium Challenge Acount (MCA), the Birni-N’Konni irrigated perimeter rehabilitation works are to be done under the Camacho Engenharia SA and RC Senegal SAU Consortium, which has already invested in the acquisition of new equipment so as to ensure full compliance with the agreement.